Our President and CEO

Martin Bak founded Microprobes (formerly Micro Probe, Inc.) in 1983 and currently serves as Chief Executive Officer and Head of Research and Development. Mr. Bak has dedicated his professional life to the innovative design and engineering of electrophysiological interface devices, including the revolutionary development of the first chronic Floating Microelectrode Array (FMA). This FMA allows for customization in geometric positioning and precise target depth placement in the brain and throughout the nervous system.

Mr. Bak began his career at National Institutes of Health (NIH), where he collaborated with diverse teams of scientific investigators in the Laboratory of Neural Control. He supported their research by designing specialized instrumentation for the stimulation, acquisition and processing of neural signals. Mr. Bak was co-investigator in the development of the first chronic "Hat Pin" microelectrode and "Thumb Tack" microelectrode, for which he holds a patent.

Throughout his thirty-five year tenure at NIH, Mr. Bak was recognized many times for his advancement of applied technology. In 1995, he received the NIH Award of Merit for his contribution in the first human implant of pure iridium “Hat Pin” microelectrodes into the primary visual cortex of a blind human subject. During this research, which occurred in 1991, successful stimulation protocols elicited visual percept images (called phosphenes) for the blind subject consistently over a 4-month period. The long-term development of related neuro-prosthetic devices continues today, based in part on the results obtained from this ground-breaking research.

Mr. Bak holds three U.S. patents and has authored or co-authored over thirty published journal articles, as well as numerous scientific papers that detail the use of his proprietary microelectrodes in chronic neurophysiological studies.

Since leaving NIH in 2004, Mr. Bak has been committed full-time to the funding and development of MicroProbes’ novel bio-electrode systems for research and clinical applications, including the new state-of-the-art Wireless Floating Microelectrode Array (WFMA).

Mr. Bak secured a substantial Phase II SBIR (Small Business Innovation Research) grant for the company in 2008 to develop an Active Floating Microelectrode Array and a fully implantable Wireless Floating Microelectrode Array. This project is being completed in collaboration with Sigenics, Inc. and the Illinois Institute of Technology, as well as several prominent university research centers including Cal Tech, University of Chicago and The University of Rochester.

In addition, Mr. Bak continues to collaborate with other medical device companies and private investigators, leading the development of new technologies, designs, and implantation protocols to enhance the performance of current and experimental electrode products for chronic implants.

Mr. Bak graduated from the University of Maryland with a BS degree in Electrical Engineering, and is a veteran of the U.S. Army, where he proudly served in a medical unit during the Vietnam era. 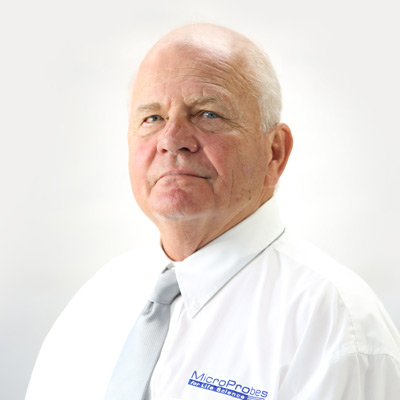 Morayma became President of Microprobes for Life Science (MLS) in 1997 and assumed responsibilities in human resources and the financial oversight of corporate operations. Morayma performs a diverse and critical set of tasks for MLS, including recruitment, administrative training, payroll management, performance evaluation, statutory and regulatory compliance, and oversight of company finances and cash flow.

In 2007 when MLS moved to a larger location at its current address, Morayma assisted in the design and oversight of the new corporate offices and producton area. She hired and worked with contractors to renovate the current facilities. Morayma performed similar responsibilities when MLS expanded its facilities by 50% in 2010. 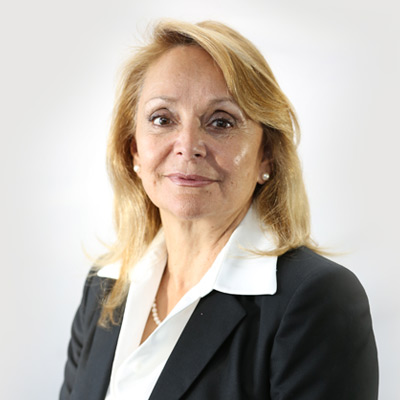